The technology components of cities range from smart grids and driverless cars to automated buildings and advanced sensors. Each city is an ecosystem that also includes education, jobs and economic opportunity.

How cities are designed affect how we work, live and play as we navigate throughout the day to access schools, hospitals, playgrounds, retail stores, restaurants, parks and workplaces.

Think about how you can reimagine aspects your everyday life –is there a playground or baseball field near your home? Can your parents walk to a grocery store or do they need to drive or catch a bus? Is the temperature at your school comfortable all year round? What would you redesign in your city to make it more inviting using technology?

Make a game that identifies issues in your community that you want to change with technology and utilize design thinking to re-imagine the space or place in your city to create solutions. Determine your solution by using and exploring a variety of techniques including research, interviews with people in your community, site visits, drawing prototypes, and creating models.

4.1 Million
Atlanta metro population has grown in the past decade by nearly 40 percent, from 2.9 million to 4.1 million people.

Dazzling Skyline
Dozens of skyscrapers in Midtown & Buckhead designed by famous architects such as Philip Johnson, I. M. Pei, and Marcel Breuer reshaped the city’s profile.

Atlanta was founded in 1837 as the end of the Western & Atlantic railroad line. The term Atlanta, is the feminine of Atlantic –as in the railroad. It played an important part in both the Civil War and the 1960s Civil Rights Movement.

In early 1960, four Morehouse College students met at the site of the former Yates & Milton Drug Store -an informal gathering place for students. Inspired by a student sit-in at a Woolworth’s lunch counter in Greensboro, North Carolina, the three young men laid the groundwork for what would become a seminal phase in the Civil Rights Movement. The Atlanta University Center, comprised of six historically black institutions of higher learning-Atlanta University, Clark College, Interdenominational Theological Center, Morehouse College, Morris Brown College, and Spelman College -was philosophically committed to the principles of non-violent disobedience as taught by Ghandi and M.L. King Jr. Students conducted marches, picketing, and sit-ins that resulted in the desegregation of public and private facilities which had denied service or access to people of color. Thanks to the Atlanta Student Movement, the city began to live up to its slogan, “A city too busy to hate.”

In the past two decades, Atlanta has experienced unprecedented growth –the official city population remains steady, at about 420,000, but the metro population has grown in the past decade by nearly 40 percent, from 2.9 million to 4.1 million people. Smart Growth America ranked Atlanta #1 a few years ago as the most sprawling metropolitan area due to heavy traffic and miles of urban sprawl —caused by population growth over the last two decades.

A good measure of this growth is the ever-changing downtown skyline, along with skyscrapers constructed in the Midtown, Buckhead, and outer perimeter (fringing I-285) business districts. Since the late 1970s, dozens of dazzling skyscrapers designed by such luminaries as Philip Johnson, I. M. Pei, and Marcel Breuer have reshaped the city’s profile.

Today the fast-growing city remains a transportation hub, not just for the country but also for the world: Hartsfield Atlanta International Airport is one of the nation’s busiest in daily passenger flights. Direct flights to Europe, South America, and Asia have made metro Atlanta easily accessible to the more than 1,000 international businesses and the more than 50 countries have representation in the city through consulates, trade offices, and chambers of commerce. The city has emerged as a banking center and is the world headquarters for 13 Fortune 500 companies.

Sustainability: Can Cities Be Sustainable?

State of the Cities

Sustainability: How Do Greenhouse Gas Emissions Compare in Cities Around The World?

Autonomous Vehicles: What Are Autonomous Cars, and When Will I Have One in My Driveway?

Walkability: Why Walkability is Important in Urban Areas

Video: The Future Of Cities

Download Images and Icons to Use in Your Games

Click on the image to open a high resolution version:

PLAY THESE GAMES ABOUT 'CONNECTED CITIES' AND GET INSPIRED TO CREATE AN ORIGINAL GAME ON THE TOPIC! 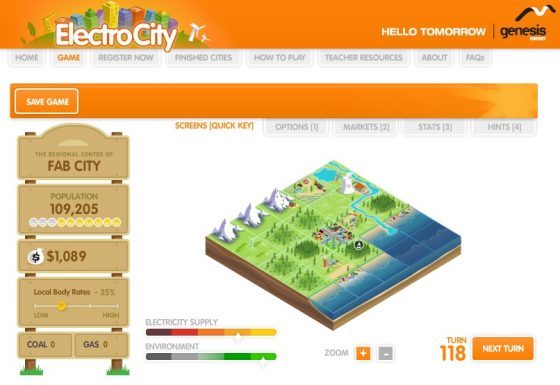 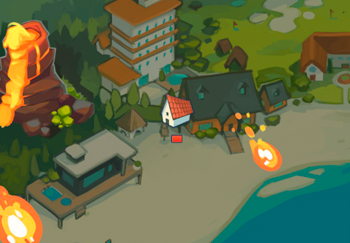 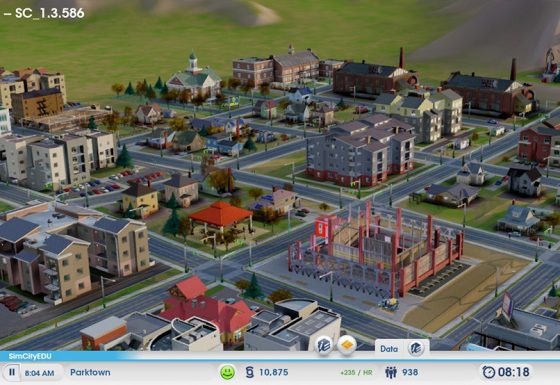